Theodore Roosevelt Williams, Sr. was born on July 26, 1945, to the late Nathaniel and Violet Williams. His place of nativity is Louisiana, the Pelican State, in the quaint, red clay dirt city of Alexandria. He holds fond memories of his family life there, as he is the sixth of seven children.

Upon completing high school he entered Southern University where he received a Bachelor of Science degree in Accounting and Business Administration. However, during his senior year Dr. Williams accepted the call to preach the Gospel of Jesus Christ. On December 2, 1966, he preached his first sermon at the Greater Saint Lawrence Baptist Church of Alexandria, Louisiana under the leadership of his late pastor, the Reverend D. D. Smith.

Realizing that the call to preach is also a call to preparation Dr. Williams entered the New Orleans Baptist Theological Seminary where he initiated his graduate studies. Those works were later completed at Virginia Union University School of Theology where he received the Master of Divinity and Doctor of Ministry in Theology degrees. Dr. Williams has also completed further studies in Psychology and Human Behavior at Houston Baptist University and Biblical Language and Church History at Austin Presbyterian Theological Seminary and Houston Graduate School of Theology.

Dr. Williams has served as President of the Ministers Conference and as a member of the Executive Board of the National Baptist Convention of America. He has also served as Secretary of Ministers Against Crime Association, Spiritual Advisor to Fort Bend County Constable Department and Advisor to both Fort Bend and Houston Independent School Districts. He has lectured on the subjects of Church Administration, Church and Culture and Preaching at Princeton Theological Seminary, Louisiana College, Houston Baptist University, Southern University, University of Houston, Rice University, Texas Southern University, The College of Biblical Studies and the National Baptist Convention of America.

Although Dr. Williams has received numerous awards, the glory of his life is found in his work as preacher and pastor. He previously served as pastor of the Shady Grove Church in Saline, Louisiana and the Loyal Church in Houston, Texas. In February 1977, this servant of God was led by the Holy Spirit to organize New Faith Church where he retired as Senior Pastor on June 25, 2017 and presently serves as Pastor Emeritus.

During his tenure as Shepherd of the Flock he has licensed and ordained more than one hundred men and women into the Gospel ministry, many of whom are actively serving in full-time ministry throughout the nation and abroad.

Stay current with us by visiting our Facebook page! 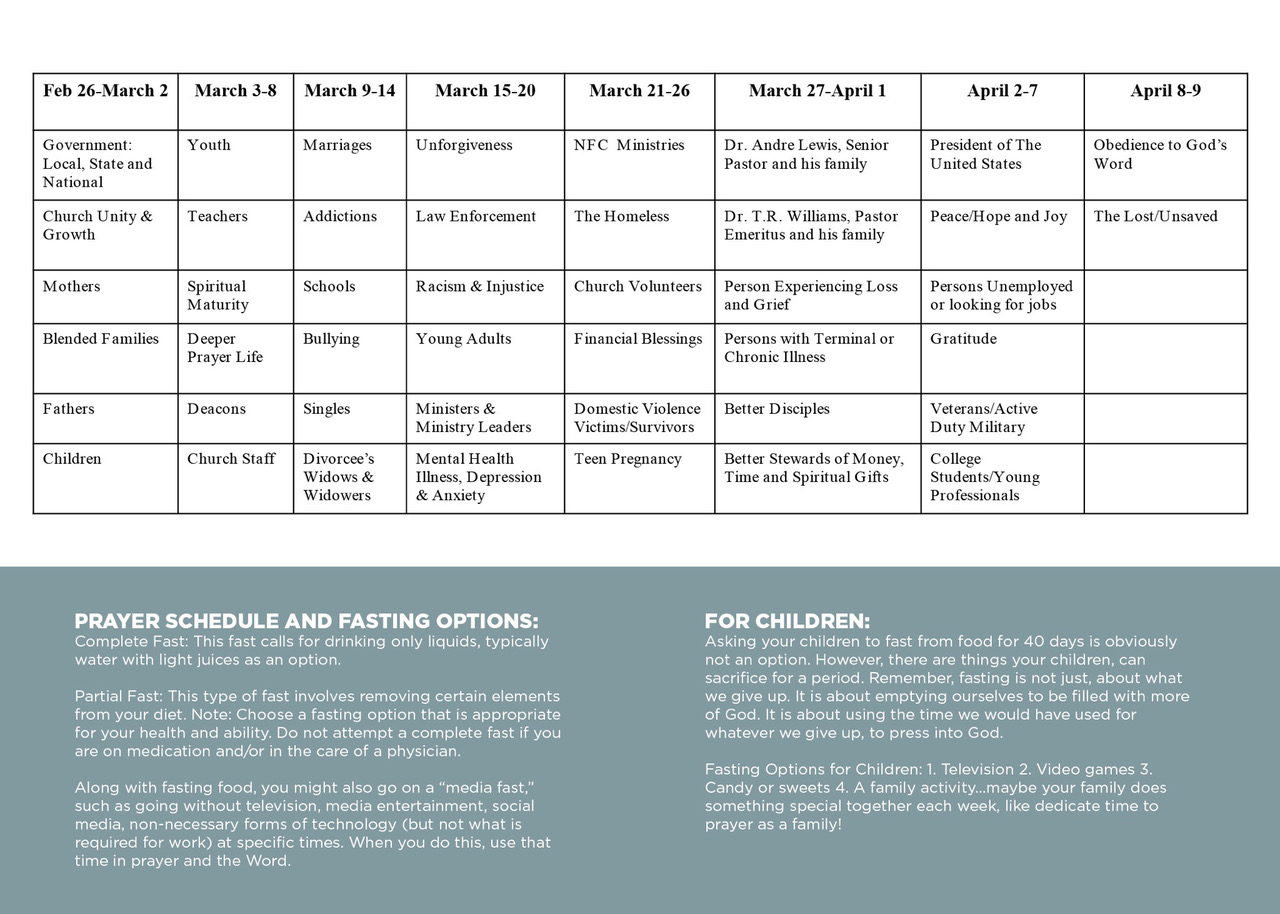